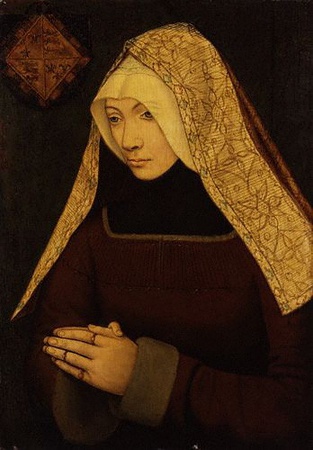 The subject of this portrait is unknown, but it may be the only surviving one of Lady Beaufort in her youth.

It is often said that we only ever have half of history. The stories of the great men who shaped our time often fail to mention the women who also took part in these events. One such woman who gets less credit than she deserves is Lady Margaret Beaufort. Margaret was the only child of John Beaufort, the Duke of Somerset and a grandson of John of Gaunt. This made her a descendent of Edward III, which put her in the line of succession for the throne – though, at the time of her birth, she was fairly far down the line. Her father died when she was only one year old, and as was so often the case back then, the young child became the subject of a battle for control, not so much of her but rather of her fortunes. Although her father had agreed with Henry VI that Margaret would become a ward of his widow if he died, when he did then the king reneged on that deal, and granted her wardship to his favourite, William de la Pole. Unsurprisingly, she was married off to his son, John de la Pole. The date isn’t clear, but she was probably no more than 7 years old at the time, while he was only 8. Since they were less than twelve years old, however, the marriage had no binding force, so a few years later after de la Pole senior’s death, the marriage was dissolved, and she was made a ward of the King’s half-brothers, the Tudor family. In 1455, at the age of twelve, she was married to Edmund Tudor. The Wars of the Roses began the same year, and Edmund was one of its first casualties. He was captured by Yorkist forces and died of disease in captivity. At the time of his death Margaret was only thirteen years old, and was already seven months pregnant with what would be her only child, a boy named Henry. 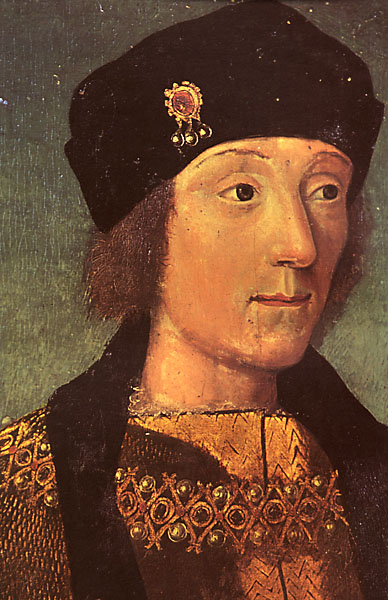 The young Henry Tudor, drawn by a French artist during his exile there.

Both Margaret and Henry nearly died in childbirth, and it is perhaps due to these complications that Margaret would remain childless hereafter. The risk to them both did not stop there, however. The two were separated, with Henry remaining with his father’s family for safety, and Margaret going to marry Sir Henry Stafford, son of the Duke of Buckingham. Sir Henry was an honourable man in dishonourable times, and managed to make an enemy of both the Yorkists and the Queen’s party, but he stayed loyal to the Lancasters in the end, and paid for it with his life thirteen years later at the Battle of Northampton, when the treachery of Earl Grey let the Yorkists attack the King’s camp directly. His father, Sir Humphrey Stafford died in the same battle. Margaret was 28 when Sir Henry died. THe following year she remarried to Thomas Stanley, who was the widower of Warwick the Kingmaker’s sister. Stanley was a shrewd politician, and had managed to survive the transition from Henry VI to Edward IV, and his connections gave Margaret access to the court. Here, she went to work. 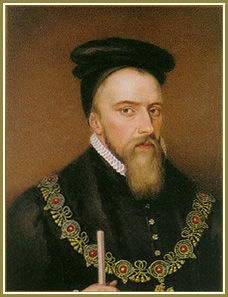 Thomas Stanley, 1st Earl of Derby and Margaret’s ticket to the corridors of power.

When Richard III seized power, Margaret was in a tricky situation. Her son was in open rebellion against the king, after all. Yet her husband’s political acumen, and her friendship with the new Queen Anne Neville, let her get through it – she even carried the Queen’s train at her coronation. Richard did strip her of her lands and titles, but he then gifted them to Stanley. Still, she was not an obedient subject – she began to plot, with the nephew of her first husband, the Earl of Buckingham. Buckingham secured an alliance between the Woodvilles and the Tudors, managing to convince Elizabeth Woodville to abandon the claims of her sons, instead having her daughter Elizabeth of York marry Henry Tudor. It is perhaps this that is the biggest clue that the Princes in the Tower had already met their end. Regardless, in the summer of 1483, what became known as “Buckingham’s rebellion” occurred. It was an ill-starred affair – a series of risings across the country which would be bolstered by Henry arriving from Brittany with a large force – but one of the risings happened ten days too early, while Henry’s fleet was broken up by a storm. Henry himself was forced to take shelter in Jersey with a sympathetic Lancastrian, before escaping to Brittany. Most of the other leaders also escaped, but Buckingham himself was not so lucky. He was betrayed for the bounty on his head, and Richard soon parted him from that. In fact, naming Buckingham as leader may simply have been Richard trying to spin it as him having caught the chief conspirator. Regardless, the rebellion was a failure. 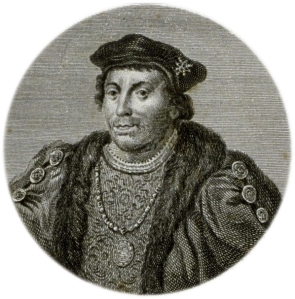 An 18th century illustration of Henry Stafford based on his description.

In Christmas of 1483, Henry swore an oath to marry Elizabeth of York, uniting the houses of Lancaster and York. An oath was all he could swear, however – Elizabeth was firmly in the hands of her uncle, Richard III. Rumours in early 1485 that he planned to marry her (after Anne Neville died threatened Henry’s grand plan, and he was forced to act. Margaret had not been idle, and had managed to secretly turn her husband to Henry’s side. When Henry’s forces landed in Wales and crossed over into England, the King expected Stanley’s army to stand in his way, but instead, they stood aside and let him pass, committing to neither one side nor the other. In the course of the battle Richard saw Henry seperated from his main force and led a group to try to intercept and kill him, and nearly succeeded, but the Stanleys finally decided to make their move and arrived to protect Henry. Richard was forced into the marsh, unhorsed, and eventually killed. The first battle Henry fought in England would also be his last – he was now undisputed King of England. 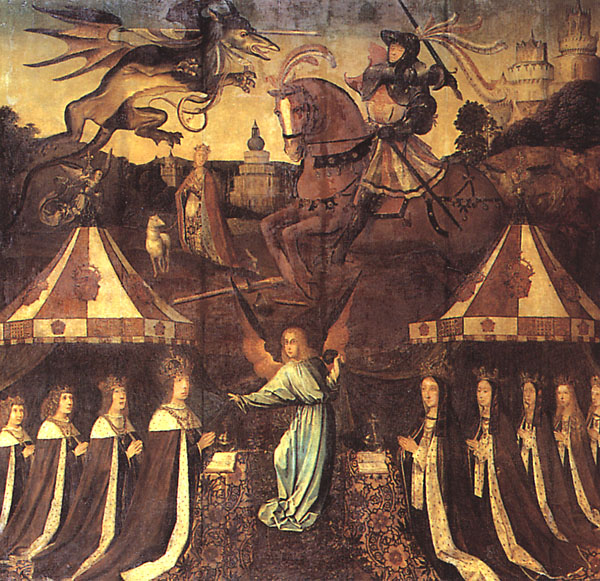 Allegorical painting from the Royal Collection, showing Henry VII, Elizabeth, and their seven children.
In truth, only four of the children survived to adulthood.

Of course, history is rarely so neat. Henry married Elizabeth and became Henry VII of England, uniting the White and Red roses in the Tudor rose. His main concern was in suppressing the independent power of the nobility, to prevent any further challenges to crown authority,and it is because of this that the open warfare of nobility vying for the throne would never be repeated. Of course, this was not a smooth process. The main threat were the children of George, Richard III’s attainted elder brother – although their father’s attainder officially disbarred them from the throne they were still a threat and Henry imprisoned them. Rebellion, too, was a threat, with pretenders claiming to be lost heirs springing up more than once. Henry’s own reputation was tarnished by his high taxes, meant to break the power of the nobles, but seen as greed by many. Still, in the end, Henry was able to pass on the throne to his son, Henry VIII. Lancaster and York were off the past. The future belonged to the Tudors.