There is stiff competition for the title of “Ireland’s Most Haunted Castle”. Yet if the history of the castle is the single deciding factor, then there is only one clear winner, and that is Leap Castle in Offaly. People have dwelt on the site of the castle since at least 500BC, and possibly even back to neolithic times. The Annals of the Four Masters speak of the castle of Leim Ui Bhanain, which translates as the Leap of the O’Bannons. The origin of that name is lost – some speculate that it refers to some geographical feature thereabouts, but the truth is that nobody knows for sure.

The ruined part of the castle.

The O’Bannons were one of the septs who paid tribute to the Ely O’Carrolls, and it was the O’Carrolls who are said to have first built the castle aournd 1250 AD. The Annals of the Four Masters record that the Earl of Kildare tried several times to seize the castle in the early 16th century, but the O’Carrolls beat him back under the leadership of Mulrony O’Carroll, known as “the Great Mulrony”. Mulrony was succeeded by his son Fearganhainm, who was murdered by the O’Mulloys. His son, “One-eyed” Tadhg, sought to succeed the chieftainship. He was not the eldest son, however, but one of his elder brother was feeble-minded, while the other, Thaddeus, was a priest. Tadhg thus took the chieftainship and ruled ruthlessly. Thaddeus remained a thorn in his side, but Tadhg was not a man to let that continue overlong. The most common tale has it that Tadhg allowed Thaddeus to use the chapel at Leap, and then murdered him mid-parayer before a crowded chapel, purportedly provoked by him starting the mass before Tadhg arrived. Other stories have him killing Thaddeus as he knelt in prayer, while still other stories credit his father Fearganhainm with being the one who killed a kinsman priest within the castle. Regardless, this deed became known as the Bloody Chapel, and the priest in question is unsurprisingly one of the ghosts said to roam the castle. 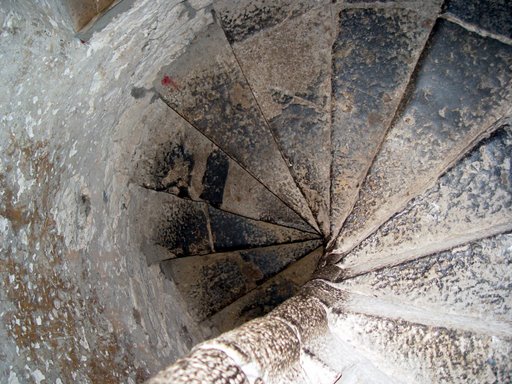 Tadhg’s darkest deed is similarly difficult to pin down, and were it not for some later facts could easily be considered a legend. He is said to have invited a clan from Monaghan, either the McMahons or the O’Mahons to dinner at the castle. Some stories say that he was at war with them and that this was a peace treaty, others that they had been mercenaries in his service come to receive their pay. Regardless, their fate remained the same. They were slaughtered to a man, and their remains dumped into an oubliette beneath the castle. However, it was in 1552 that Tadhg went too far. His kinslaying and breach of guestright were one thing, but that year he accepted a knighthood from the English – too much for his kinsmen to bear. They allied themselves under an O’Carroll renegade named Cahir, and slew him. Cahir was in turn killed by the last of Fearganhainm’s sons, William “the pale”. William was murdered by the O’Connors, and his son John was then killed by his cousin Mulroney, son of Tadhg. John’s brother Charles killed Mulroney and became Chieftain. The story about the McMahons is also associated to Charles as well as Tadhg, and some point to it as why after eighteen years of rule he was murdered. His son John succeeded him, and became the legitimised ruler under Charles I. 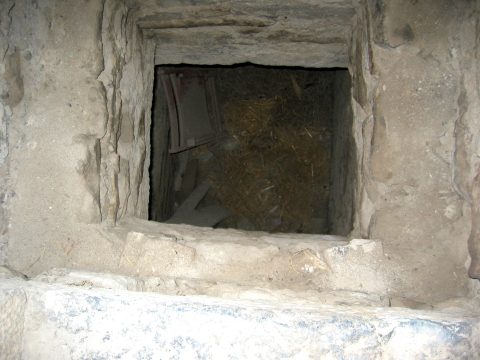 John was a staunch Royalist, and so after Parliament’s victory he was dispossessed of his castle, with it being given to a soldier in the New Model Army named Jonathan Darby, in lieu of pay. The Restoration saw it return to the O’Carrolls briefly, but it was, due to some unknown political manoeuvring, returned to the Darby family. Jonathan’s son, also named Jonathan, was known as the Wild Captain, and is said by some legends to have hidden a great fortune somewhere in the castle. He wound up being convicted of treason under James II, but fortunately for him the Glorious Revolution intervened before his sentence of death could be carried out, and William of Orange pardoned him (although, the legend says, not before his long imprisonment had driven him too mad to remember where his fortune was hidden).

Still, Leap remained with the Darbys for the next few centuries, with several of the family becoming officers in the British Navy, such as Vice Admiral George Darby, who commanded the defence of the Channel from French opportunism during the American War of Independence, and Admiral Sir Henry D’Esterre Darby, who fought as a captain under Nelson at the Battle of the Nile. Another famous son of the Darbys was John Nelson Darby, nephew of Admiral Henry, who founded the Exclusive branch of the religious society known as the Plymouth Brethren. He is most remembered for being the first preacher to formulate the theology of Dispensationalism, the idea that the faithful will be bodily spirited away from the earth prior to the End Times. Nowadays this is known as The Rapture.

The last Darby to live at Leap Caste, Jonathan Charles Darby, arrived at Leap in 1880 to a welcoming committee composed of his tenants, who all gave him a great welcome. In his response, he spoke of the bond between landlord and tenant, the risk of legislation severing that bond, and his wish to do his best for his tenants “though you all know the disadvantages, encumbrances, and dilapidation’s which I now inherit with the property”. He spoke of debts incurred by both his father and grandfather, long-term loans which the creditors were now calling due. The law of the land, it was felt, would soon bring an end to the days of the tenants and landlords, and so these debts were to be paid. This Jonathan was able to do, but as a result he raised the rents on his lands by 30%, which made him less than popular with the locals. In addition, when the Windham Act of 1903 offered tenants the chance to purchase their their land, and over the following twenty years eleven million acres were sold in this way. Jonathan, however, refused to even entertain the notion of selling his land to his tenants. Any goodwill he had with the locals was long gone by 1922.

The “Bloody Chapel”, in the ruined part of the castle.

Before we cover the events of that fateful year, however, we should look at Jonathan’s wife, Mildred. Mildred was a remarkable woman, one of several of the time who published books under a male pseudonym (in her case, “Andrew Merry”). For reasons which we will come to, little of her work survives, but her book on the Irish Famine, “The Hunger”, is still often cited by scholars today. She was also an ardent spiritualist, and it was she who first encountered the infamous Elemental, a spirit of inchoate evil. Writing for the Occult Review in 1909, she described it:

“The thing was about the size of a sheep. Thin, gaunt , shadowy…its face was human, to be more accurate inhuman. Its lust in its eyes which seems half decomposed in dark cavities stared into mine, The horrible smell one hundred times intensified came up into my face, giving me a deadly nausea. It was the smell of a decomposing corpse.”

She claimed to see the creature again in 1915, but it was the discovery later in early 1922 that puts the final twist on the tale. Workmen in the castle uncovered the entrance to the old oubliette, and within it were found the bones of the unfortunate McMahons – three cartloads full, according to the tales, and all lying beneath the feet of the unsuspecting Darbys. Some stories even claim that an 1840s watch was found among the remains, although how true this is remains to be seen. In point of fact, the entire story of the discovery of the remains may be false. What is not false, however, is the fate of the castle itself.

An Irish “flying column” of the type which would have descended on Leap Castle.

Darby had become profoundly unpopular among the locals, and had been subject to a boycott, with his servants all abandoning their posts. Shots had been fired at his house, while his tenants had refused to pay rent since 1920. Though the Anglo-Irish Treaty had been passed on 7th January, pledging Irish independence, a large portion of the country felt that the treaty was an unbearable compromise of their ideals, and so civil war raged, between the pro-Treaty army on one side, and the anti-Treaty irregulars on the other. It was a force of those irregulars who on 30th of July set fire to the northern part of Leap Castle. The fire did not damage the main part of the castle, however, and the caretaker was able to save much of the contents and move them to the rest of the castle. This part of the castle was immediately broken into by the locals, however, who immediately commenced stealing all that they could carry away. The next day, Monday 31st, the remainder of the castle was set on fire, possibly to disguise the thefts. While the caretaker tried to douse the flames, the local crowd of onlookers only jeered when he asked them for help. By Thursday, when Darby arrived, the castle was completely burned out. Darby sued the local council, alleging that the fire was the work of locals and that the army had made no efforts to prevent or extinguish the second fire. The case took three years to complete, and of the £35,000 he sought he received £7,000. The land he refused to sell was taken from him by the Land Commission under a compulsory acquisition, and sold back to the farmers. Darby retained some pockets of land, but in 1928 he sold the land on which the castle stood, and in 1935 he sold the last of the Leap Estate. In 1943 he died, and was buried in the graveyard in Aghancon, only a few miles from Leap Castle.

The Anglican church at Aghancon, where JC Darby is buried.

Leap would sit empty for 50 years, until in 1972 an Australian historian named Peter Bartlett, whose mother had been an O’Bannonn, bought the place and began restoring it. He died in 1989 with the work still unfinished, and two years later the castle was bought by a musician named Sean Ryan, who continues the restoration to this day. While far from complete, the castle is open to tours, and Sean recounts the tales of the bloody history of the castle to all comers. Though you might want to leave before it gets too dark.